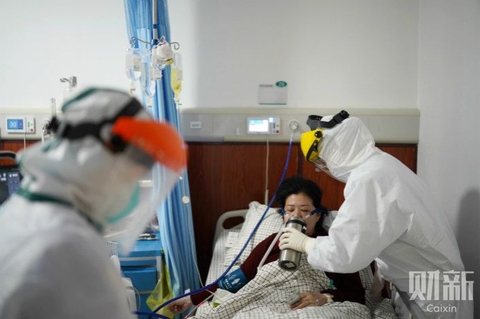 More than 1,700 medical workers on the frontlines of China’s battle against the new coronavirus have fallen ill from it, including 1,502 in the epicenter of Hubei province. Six have died.

The figures were disclosed at a press conference Friday by China’s National Health Commission deputy head Zeng Yixin, who said they were current as of Tuesday. It’s the first time China has released an official count of infections among medical workers.

版面编辑：喻竹杨洋
上一篇：Opinion: When Viruses Turn Political
下一篇：In-Depth: China’s Services Sector Pulls Out All the Stops to Survive the Coronavirus